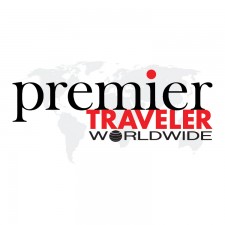 New York, NY, February 15, 2017 (Newswire.com) - NATJA now in its 25th year, honors the coveted “best of the best” in travel journalism,” which is judged by seasoned journalists, photographers and public relations professionals announced the winners of its 2016 NATJA Travel Media Awards Competition.

“For me, the greatest reward is to be recognized by my peers, and I’m honored to see my work in Premier Traveler commended along with superb publications such as National Geographic Traveler, The New York Times and The Wall Street Journal. I’m also grateful to find that in awarding Boeing Trailblazers three prizes, two Golds and one Finalist, NATJA hails the enormous contributions women have been making to aviation since its beginnings, from the skilled seamstresses who devised a way to attach wings to the first biplanes, to the brave pilots who ferried newly built bombers to the theaters of war, to the astronauts who pioneered America’s space program, inspiring so many women and men to do groundbreaking work in the future,” explained Janet Forman, Features Editor of Premier Traveler Worldwide

Submissions for this year’s awards competition grew by more than 20% compared to last year. Entries reflected an array of excellent journalistic and creative work. “Submissions were judged by seasoned journalists, editors, photographers and PR professionals with hundreds of years of combined experience. NATJA is appreciative to all its judges for the tremendous time and effort they took in reviewing this year’s entries. Given the caliber of the entries, the judging was not easy,” stated NATJA CEO Helen Hernandez.

"As always, I am immensely proud of Forman, our extremely talented Editor-in-Chief Sandra Ramani and the entire team here at Premier Traveler," said an enthused Adam Rodriguez, CEO and Editorial Director of Premier Traveler Worldwide. Rodriguez continued, "I am quite delighted ending 2016 with nine accolades (Awards) to add to our total, from the likes of such reputable organizations as SATW and NATJA."

About Premier Traveler Worldwide (PT) was created as an outlet for its readers’ voices to be heard. Perpetually on-the-go (both domestically and abroad), with high expectations and a taste for luxury, Premier Traveler readers always have something to share—a personal experience, an opinion, a suggestion, a question—and PT was designed to listen to and seek the answers they need. The open dialogue doesn’t stop with letters and emails from readers: the magazine goes one step engaging readers via questionnaires on a variety of topics, allowing the editorial team to inject the magazine’s content with valuable and relevant insights. This is one example of what elevates Premier Traveler beyond just another magazine to one that shares a personal connection with its readers. www.ptwwonline.com.